A Victorian novel about decision paralysis: Can You Forgive Her? by Anthony Trollope 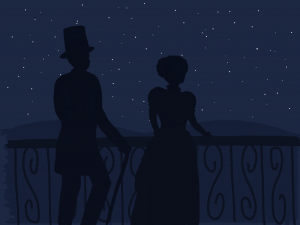 Is Alice an unforgivable jilt or just a Victorian heroine with a very modern over-abundance of choice?

Can You Forgive Her? by Anthony Trollope has a name that is a bit off-putting. It suggests an obnoxious main character who will be hard to sympathise with. I didn’t find this to be the case. The main character, Alice Vavasor, is beset by too much choice and is struggling to make up her mind between marrying her reckless cousin George, or the steady John Grey. The very modern-ness of her problem, and her subsequent decision-paralysis, actually made it quite easy to sympathise. Her changes of mind would have been much more confronting to Victorian social norms. Meanwhile Alice’s indecision is contrasted with the situation of her friend Lady Glencora Palliser, who has been pressured into a sensible marriage by family members and finds herself struggling with regret. Can You Forgive Her? is the first of Trollope’s Palliser or political novels – the West Wing of the 1800s!