The Silver Chair by C.S. Lewis 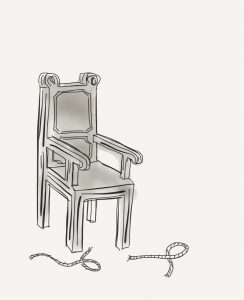 The Silver Chair by C.S. Lewis is the 6th Chronicle of Narnia. As a child it was my least favourite Narnia book, despite containing a favourite character and a favourite scene. The drawbacks are that the main human characters spend most of the story squabbling and failing to follow the instructions they are given at the beginning of the book with inevitably bad results (that usually involve more blame and squabbling). However, there are redeeming features. One is the terrific character of pessimistic Puddleglum, the morbid marshwiggle whose attempts at optimism are particularly hilarious. Another is a scene in which Puddleglum gives a rousing apologetic for the overworld in the face of darkness and trickery. A final enjoyable feature for adults are Lewis’ periodic judgements on ‘modern schooling’.