A nonsensical tale for grown-ups: Once On a Time by A.A. Milne 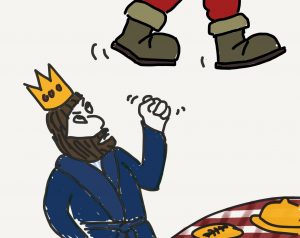 A little known story by A.A. Milne, Once On a Time is an absurd and whimsical fairy story. It starts when one king takes exception to another king taking a morning walk over his battlements during breakfast time while wearing seven-league boots. Things quickly escalate from there!

Milne wrote it largely for the enjoyment of himself and his wife during World War I. Its target audience is hard to define but A.A. Milne described them as people who like the sort of stories he liked. I am one of them!